Lycian Way is the longest marked trekking trail in Turkey, total length is 540km, however, for this trip, we have selected a portion of the trail that reveal the essence of ancient Lycian civilization for a mini trek. We shall hike along mountainous terrain hugging the coastline of Mediterranean Sea, exploring ancient ruins along the way, including rock-hewn tomb, amphitheater, and aqueduct in secluded hills and woods. The Lycians were an ancient maritime people having close contacts with the Greek, Roman, and Persian civilizations. Asides from picturesque views of the Mediterranean (sighting lagoons, islands, bays, and beaches from vantage points), the trail passes tiny hill villages and fishing village, enjoy homestay, and observe local lifestyle up-close.

Some portions of this trip are done with chartered transport, such as excursion to the “Ghost town” Kayakoy, an abandoned Greek town following population evacuation after Greco-Turkish war in 1920s. 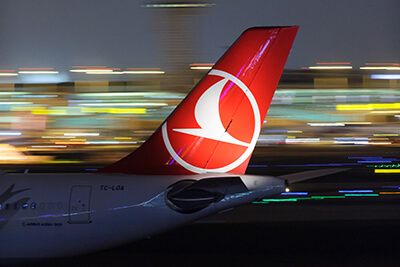 Board a late-night flight from Kuala Lumpur to Istanbul, Turkey, arrival the following morning. 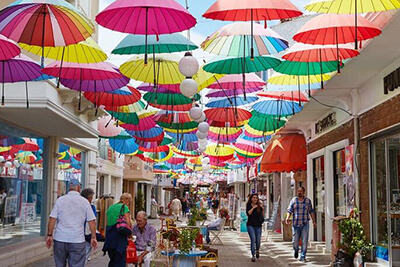 After landing in Istanbul airport, change to the domestic terminal for a connecting flight to Dalaman in the southwest of Turkey. Upon arrival, transfer by chartered transport some 50km to Fethiya (ancient Lycian city of Telmessos). Afternoon visit Fethiya Museum to get a grip on Lycian history and culture. Later, explore ancient monuments, including rock-hewn Tomb of Amyntas on a cliff overlooking the city, and the partially excavated theatre overlooking the harbour. 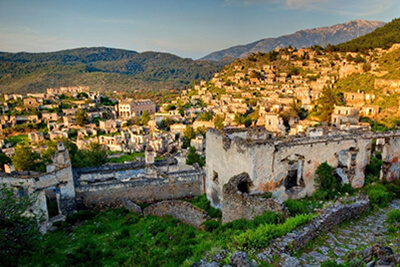 After breakfast, drive to nearby “Ghost Town” of Kayakoy. Grand stone houses and churches built along the hills stand eerily abandoned and taken over by wild bushes, resulted from ethic-Greek being evacuated under population exchange program following the Greco-Turkish war in the 1920s. Back in Fethiya for lunch, then take a stroll in the old town, late afternoon go up to Fethiya fortress to admire sunset view over the Mediterranean. 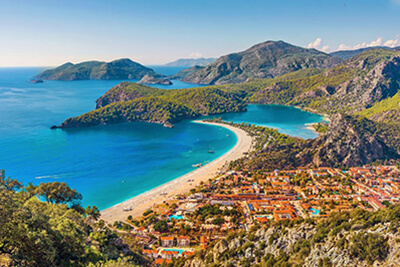 The trek on Lycian Way begins today. Car transfer to the trailhead in Ovacik marked with a Lycian Way gateway. Hike along the ridge hugging the coastline of Mediterranean Sea, view of beautiful bay and valley. Lunch enroute at café in tiny hill village. Overnight in Faralya village overlooking the Butterfly Valley. 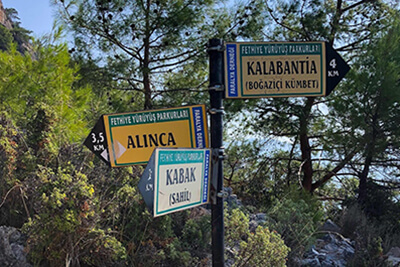 Begin with hiking along the hill tops and then a downhill trek towards Kabak Beach, where we shall have a picnic lunch while enjoying the sea breeze. Later, a strenuous steep uphill climb, passing waterfall and following ancient mule trail to reach the next village. Overnight in Alinca village. 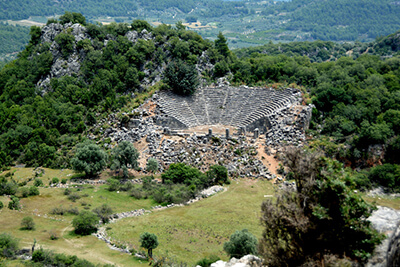 Morning trek to reach the tiny village of Dodurga, sitting on top of ancient ruins of Sidyma (Roman and Byzantine eras), with local homes built amidst ancient walls and tombs. Enjoy a home cooked lunch, later drive to nearby Pinara ancient city on a high hill of Kragos Mountain in isolation, hike up to monuments scattered on hilltop, including honeycombed rock tombs, amphitheater, royal tomb with fine reliefs. Overnight at homestay in Dodurga. 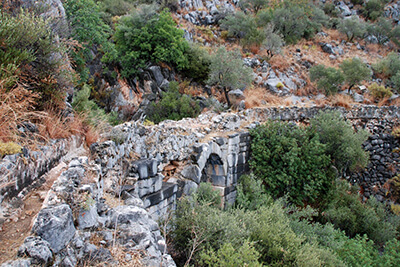 Car transfer to trailhead near an ancient aqueduct in Cavdir, trekking along the Roman era aqueduct, some part overgrown by wild bush, and at times, trek through shallow water. Arrive in Uzumlu town for lunch. Later, transfer by car some 70km to the quaint fishing village of Ucagiz (ancient Lycian city of Kekova), overnight at pension with sea view. 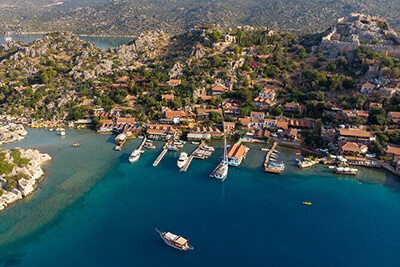 Enjoy a relaxing day in this sea front village, stroll around the neighbourhood and marina, visit ancient ruins in the surrounding, such as Simena Castle and ancient cemetery. Optional activities available, such as boat trip to see the Sunken City. 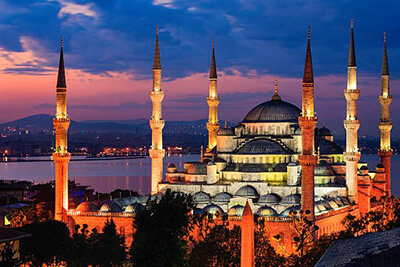 Car transfer to Dalaman Airport (180km), take an afternoon domestic flight to Istanbul, upon arrival, transfer to a hotel near the old city of Sultanahmet, known for its Ottoman era grand buildings and monuments. At night, stroll around the commercial streets or check out the night scene of this metropolitan. 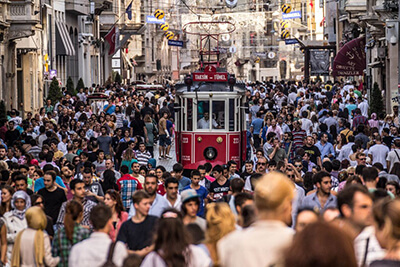 Day time free and easy. Sights of interest include Hagia Sofia, Topkapi Palace, Blue Mosque, Grand Bazaar. One may also hop onto a local ferry to cruise along the Bosphorus Straits to admire view on both banks, or take a nostalgic tram along the Independence Avenue (Istiklal Caddesi), a 1.5km long pedestrian street lined with various commercial outlets. Late night transfer to airport to catch a post-midnight flight. 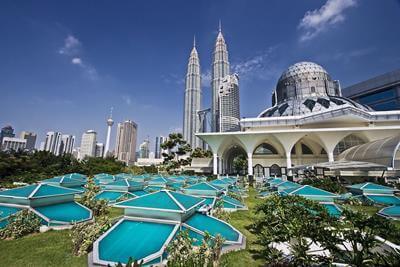 Wee hours board a flight bound for Kuala Lumpur, arrival in late afternoon. End of tour.

A *security deposit of RM 1,600 is payable to secure booking. Balance fee RM 4,400 to be collected upon booking deadline or when the tour is fully booked. 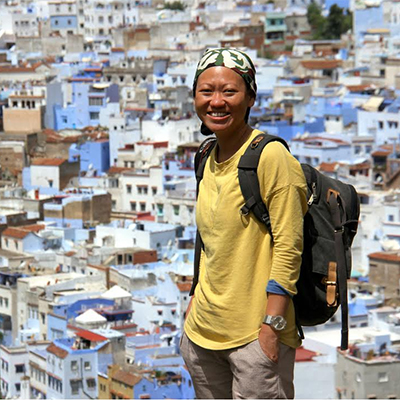 A passionate globetrotter, Lam Li once spent two years on an overland journey from Asia to Europe, and another half a year tramping along the ancient Silk Road in Central Asia. A former journalist, Lam Li is keen on collecting local tales while on the road, and she strives to understand the social and political fabrics of places she visited. She has lived and worked in Beijing for six years, and has published a book in Chinese entitled “The Wall Street Diary: US under Financial Storm” . She has also recorded her travelogue on film, and directed a feature-length documentary named “Surviving Beijing”.