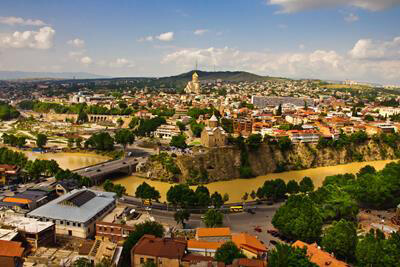 Board a wee-hours flight from Kuala Lumpur to Tbilisi via a transit in the Middle East, upon arrival in late afternoon, transfer to hotel in the Old Town of Tbilisi. 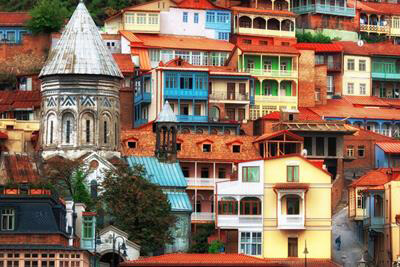 Founded in the 5th century, Tbilisi is built along the banks of Mtkvari River. The city is a blend of history and modernity; the old city is lined with colourful old houses by hillsides, while post-modern architectures dotted the new city. Walking tour around the old city lined with winding cobbled streets, admire houses with wooden balconies, visit Orthodox churches, and ancient dome-roofed Sulphur bath houses. Evening climb up to Narikala Fortress to admire sun set. 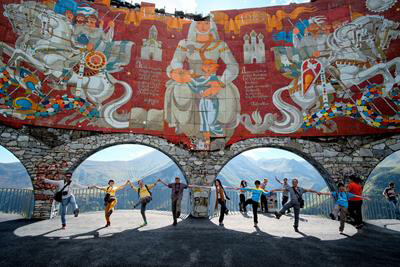 Journey to the northern region with chartered transport. First stop is the imperial capital Mtskheta and Jvari monastery built in the 6th century. Later, drive along the Military Highway, known as the most beautiful route in Georgia. En-route visit the 13th century Ananuri Fortress by a reservoir. Later, drive through a pass at 2395m above sea level, and arrive in Kazbegi (1750m) – a village surrounded by towering mountains just 15km from Russian border. 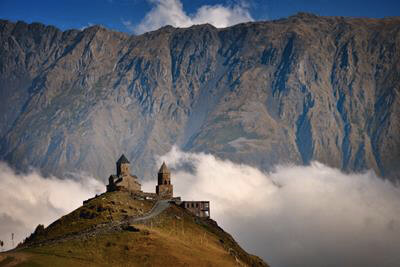 Visit Gergeti Trinity Church, the lonesome stone structure built in the 14th century perched on a hill top (2170m), it is often shrouded in mist, as if suspended in the clouds; but on a fine day, one could see the holy mountain Kazbegi peak (5047m) in the backdrop. After lunch, drive further north to admire the scenic valley close to Russian border and have a short hike to Gveleti waterfall. 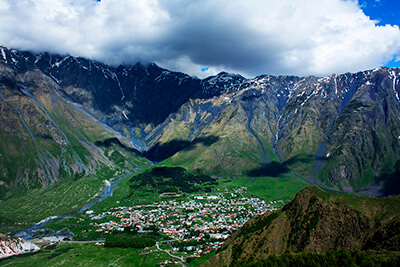 After breakfast, drive to Juta Valley, then trek for 2 to 3 hours to admire unending view of mountain, valley, and river, impressive view of Mt. Chaukhi (3842m); there’s a café along the trekking trail for refreshment. After lunch, drive back to Tbilisi, upon arrival free & easy in the Old Town. 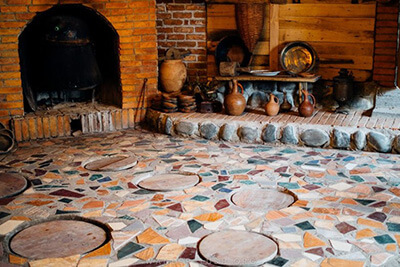 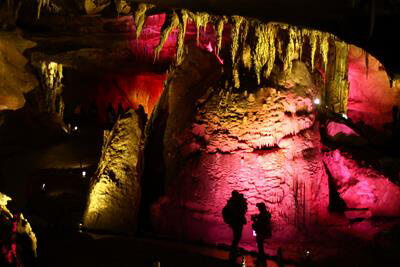 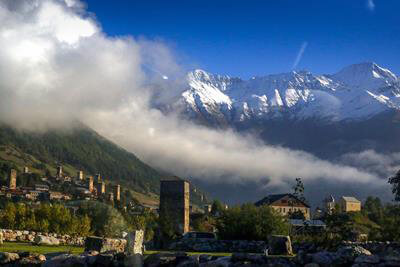 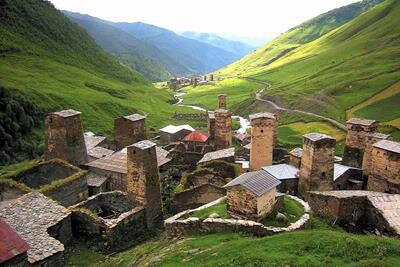 After breakfast, day trip to Ushguli (2200m), known as the highest inhabited village in Europe. Lies in a narrow valley protected by towering mountains, Ushguli is cut off from the outside world during winter. Its isolation helps to preserve tower-houses built between 8th and 12th century, unique Svan culture and language. Back in Mestia for dinner and stay. 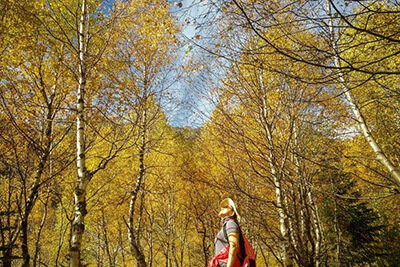 After breakfast, enjoy a half-day hiking trip to a nearby glacier, passing through small woods painted in autumn hue and a rocky riverbank. Back in Mestia for lunch, free & easy. Late afternoon, transfer to Zugdidi railway station (dinner en-route), board a night sleeper train to Tbilisi, arrival next morning. 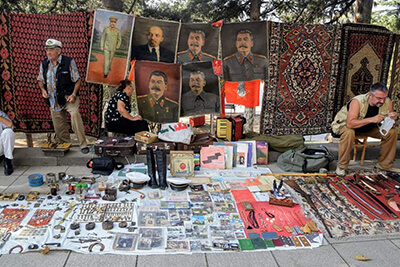 Arrive in Tbilisi train station around 6am, place luggage at storage point before going for breakfast. Later, explore the Capital’s new town, such as Freedom Square, Rusteveli Avenue, and the flea market at Dry Bridge. After lunch, pick-up luggage and transfer to airport, board a late afternoon flight bound for home via the Middle East. 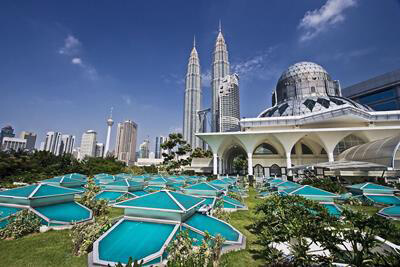 A *security deposit of RM 1,990 is payable to secure booking. Balance fee RM 4,000 to be collected upon booking deadline or when the tour is fully booked. 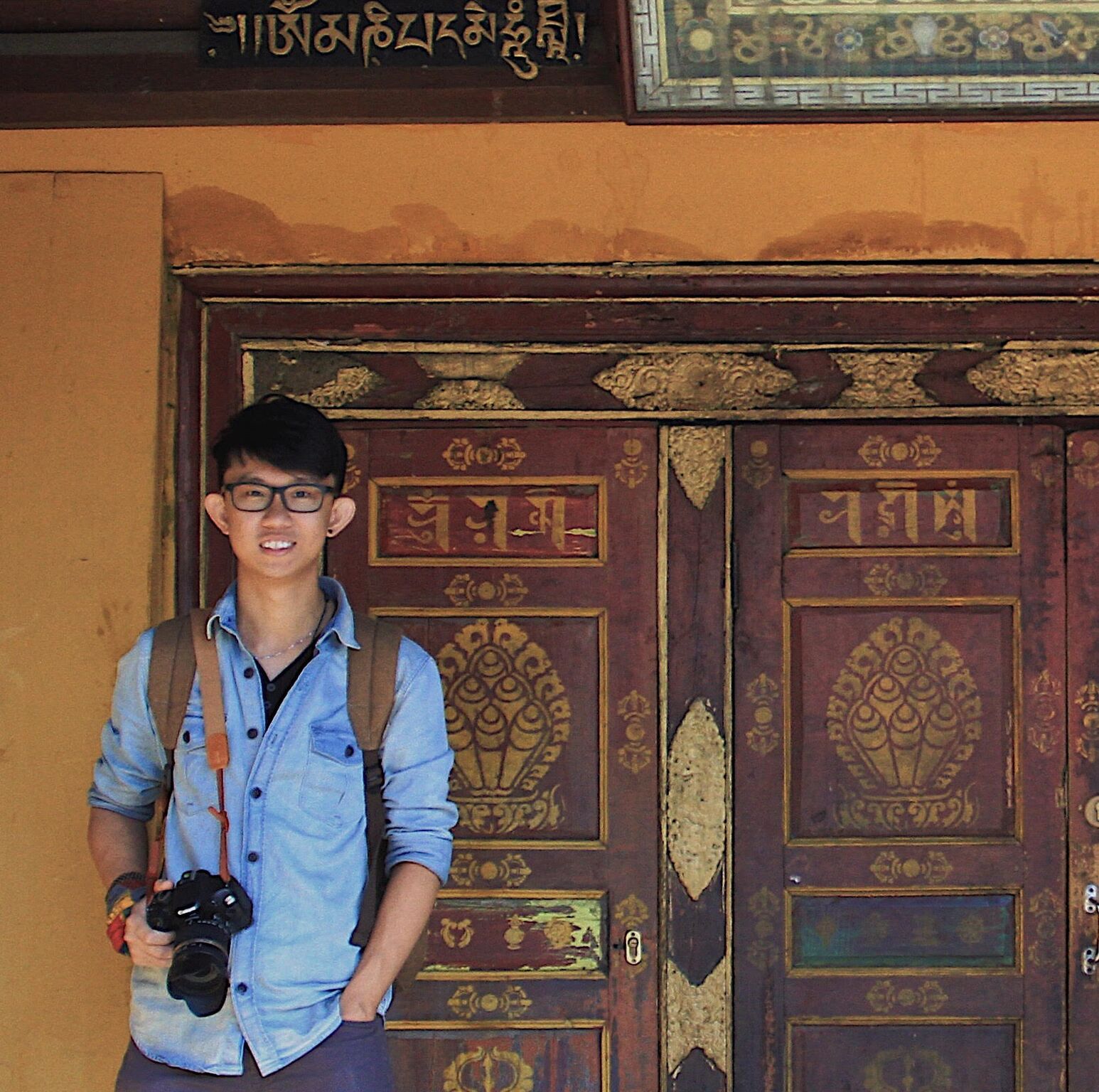 Jason is a barista, a cafe owner, a music teacher, and a traveler; multi-roles for a fulfilling life, he believes self-realization could be found in different corners of the world. When he is not traveling, he indulged in brewing coffee, retreating into his aroma filled cafe. He too conducts courses for Chinese traditional plucked-string music instrument named “Zhong Ruan”, and he has a deep interest in Central Asian music. He is full of curiosity and passion about the world; he dares to dream and acts upon it, travel is his means in reaching out.